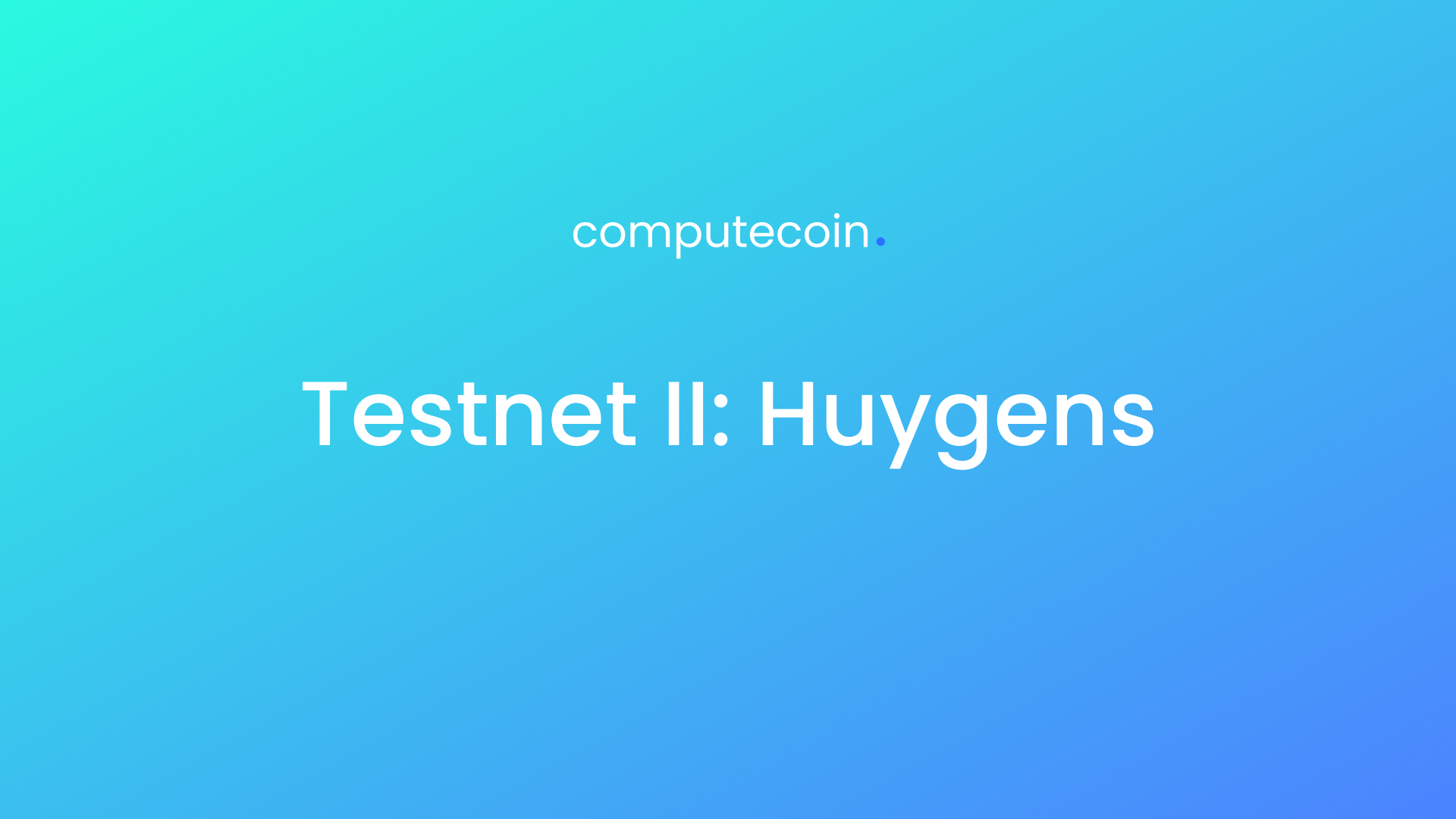 Departing from Dome-A, the highest place in East Antarctica, Huygens marks another leap forward of Computecoin’s infinite quest in Web3.

For an enhanced level of security and better user experience, Huygen presents two new mining roles: Miners and Workers. Miners receive mining rewards, and workers host the mining machines. In Huygens, Miners can easily manage Miner and Worker accounts in their Ale Wallet, which will also serve as their identity used to access the mining portal.

Metatime
The smallest unit of time in MCP (Computecoin’s mainnet), which is the time that a new block is mined

More ecosystem partners
NFT, DeFi, and other blockchain projects can easily deploy their applications on CCN

Rewards, Collateral, and Penalties are all determined by CCN Tokenomics, stay tuned in our next CCN Dialogue!

1.2 billion (60% of the total supply) CCN tokens are allocated to the miners.

Rent out Your Rigs
Rent your idle computing power to users in the network.
*Earn more when you provide the types (e.g., GPU, CPU, Hard disk) of computing power users need the most

Token Deflation
Token deflation mechanism will give early participants higher returns
*30% of the project profit will be used to buy back and then burn CCN tokens from token holders.

The bare minimum to get started.

How can I get a Mining Pass?
CCN’s stablecoin

What is this for?
CCN buyback-and-burn

How much?
Very little. Determined by the tokenomics

Getting Started on Huygens

Thank you! Your submission has been received!
Oops! Something went wrong while submitting the form.